The 10 fastest players in football history. Football is a sport that requires speed, power and acumen, qualities that are difficult for all players to combine. Below is a list of the ten fastest soccer players in history.

The 10 fastest players in football history

Lionel Andres Messi is a midfielder-attack, born in 1987. He was previously in the Spanish club Barcelona and currently plays in the French Paris Saint-Germain. Messi is considered one of the best players in world football ever, and despite his relatively weak physique and short stature, he amazes the audience with his speed, technical intelligence, and aesthetic movements in the game. According to experts, a distance of 4.5 meters is enough for Messi to reach the top speed at 32.5 kilometers per hour.

Theo Walcott, currently playing for Everton, is an English footballer born in 1989. A capable striker and winger, everyone remembers Walcott from his sprints at his former club, Arsenal.

Walcott is considered one of the youngest players to have participated in the England national team, with an estimated speed of 32.7 kilometers per hour.

Aaron Lennon is a winger in the English club Burnley, born in 1987. He was the fastest player in the English Premier League when he played with Tottenham, with a speed of 33.8 kilometers per hour.

Aubameyang is the former Arsenal player while he currently plays for Barcelona. He is a French footballer, born in Gabon in 1989. He preferred the Gabon national team instead of the French national team.

Aubameyang, who plays in the attacking area, broke speed records while playing with his first team, Dortmund, and won the Golden Boot award at a speed of 34.6 kilometers per hour. With such speed and power, Aubameyang creates great difficulties for the opposing team’s defense.

Read more about: How Fast Is Lionel Messi? (Top Speed)

Luis Antonio Valencia Mosquera is known as the fastest player in the world in the 2015-2016 season, and he was born on August 4, 1985. Valencia is a retired Ecuadorian footballer, who played for English club Manchester United from 2009 to 2019. The player’s main position was right back, And the highest speed measured when he was playing for his Ecuadorian national team is 35.1 kilometers per hour.

Born in 1992, the Mexican-German Jürgen Dam is a right winger and striker for Atlanta United. Juergen Dam is comparable to Gareth Bale in terms of speed, estimated at 35.5 kilometers per hour.

Gareth Bale, who plays for Real Madrid as a wing forward, is a Welsh footballer born in 1989. His stunning dribble against Dani Alves in their Spanish Cup match against Barcelona is testament to his speed. The highest speed that can be measured for Gareth Bale is 36.9 kilometers per hour.

Read more about: Harmful cardio exercises that you should avoid 2022

Arjen Robben, a Dutch soccer player, born in 1984, played for several European clubs, most notably Real Madrid, Bayern Munich and Chelsea, and later retired from his brilliant football career. He played in right wing and forward positions. His victory over Sergio Ramos in the Netherlands-Spain match at the 2014 World Cup is testament to just how fast he can reach 37 kilometers per hour.

Among the best soccer players ever, Ronaldo is a Portuguese player born in 1985. Ronaldo broke almost all records throughout his career when compared to Messi. This player, who plays in left wing and forward positions, has played for the biggest European clubs such as Real Madrid, Juventus and Manchester United. Thanks to his hard work and skills, the 37-year-old Ronaldo broke Arjen Robben’s record in the international match between Portugal and Spain at a speed of 38.6 kilometers per hour. 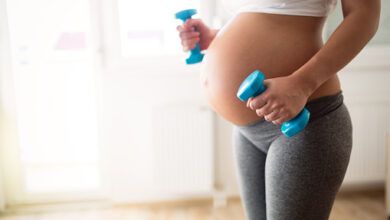 10 tips for exercising during pregnancy 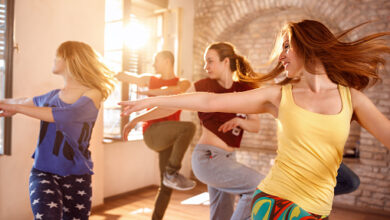 The 7 most important benefits of Zumba 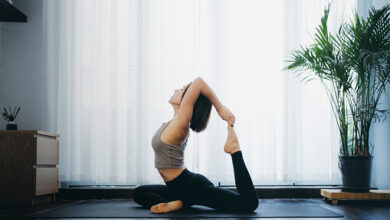 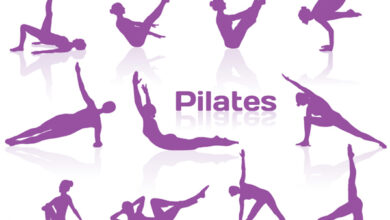 All you care about Pilates