But there is a methodology that must be applied to get closer to the truth. It also requires reading developments through scenarios. In other words, it is necessary to identify the possible scenarios that will arise from now on, and analyze the loss / gain expectations of the parties on the basis of these scenarios within the logic of game theory. The main actor in this analysis will be Russian President Vladimir Putin. Because if this tension develops into an armed conflict, the decision will be taken in Moscow, and not anywhere else. Is there a war between Russia and Ukraine? 3 possible scenarios

So, is there a war between Russia and Ukraine? 3 possible scenarios

The war scenario should be divided into two parts. Because, in terms of the positive/negative effects that the parties involved will experience, it is of great importance how limited the geographical scope of the armed conflict and how limited its political objective.

In this scenario, the Russian military operation can be expected to be limited to eastern Ukraine and even the Donbass and Luhansk regions. For Moscow, the goal will be to separate Donbass from Ukraine, just as in Crimea, to recognize Donbass independence in the first stage, as in Abkhazia and Ossetia, and to prevent this region from re-entering Ukrainian hegemony with its military deterrence. .

the main benefit of this scenario is that it gives Russia an additional sphere of influence, despite the West. Thus, in exchange for the emerging tension and costly military fortification, Putin will have made tangible gains in a way that will also earn him a place in domestic public opinion.

In addition, Moscow will not have much difficulty in holding these areas, where the pro-Russian population is the majority. As we have seen in Crimea, policies of demographic change can be implemented, as well as the removal of the pro-Kiev population from the region over time.

the most difficult scenario for a Western alliance. It is clear that the West (USA, EU and NATO countries) will not participate in a military operation to defend Ukraine against Russia. The West’s response will be shaped by trade, economic, and financial sanctions. With regard to the Western alliance, the main issue will be to make the sanctions regime to be implemented against Russia proportional to Russia’s military gains and revisionist political goals. In other words, a distinction must be made between the sanctions regime to be implemented from the limited invasion in this scenario to the large-scale invasion scenario discussed in the next section.

However, if Putin believes that the West cannot impose a severe sanctions regime after military intervention.

The scope of the military operation may expand. In this case, without being limited to Donbass, Russia can expect a containment operation from the Belarusian border to Kyiv, and from the south to Odessa, which will cut off Ukraine’s exit to the Black Sea.

on the contrary, Putin might make the same choice if he believes the West will impose a severe sanctions regime no matter what. For if the political and economic costs it will incur will always be great, it may tend to increase its military and political gains much more.

It is a short term baseline scenario. In cases where the loss/gain matrix is ​​uncertain for the relevant parties, no steps will be taken to disrupt the strategic balance. However, this scenario cannot be implemented in the medium term. Because the military fortification of Russia on the Ukrainian border is an exceptional and constantly generated situation. Moscow will want to maintain tension without going to war, and over time create divisions within the Western group and/or bring the West into its negotiating position.

However, if we are inspired by game theory terms, this situation does not produce a stable equilibrium with respect to international relations. It cannot be permanent. Somehow it should evolve into other scenarios included in this analysis.

Is there a war between Russia and Ukraine? 3 possible scenarios. diminishing potential. The main reason is that Russia has drawn the attention of international public opinion to some of its demands, which can be considered legitimate in terms of its security, by threatening and endangering the security and territorial integrity of Ukraine.

is that Moscow’s demands, at least in the official version, want to change the existing norms on the basis of the current international system in a revisionist way.

Acceptance is required that the European countries bordering Russia do not have full sovereignty, in other words, the principle that Russia has a “sphere of influence” in eastern and southern Europe is required to be accepted by other sovereign states. international system.

It would be unrealistic to expect this request to be accepted as is. Instead, the response provided by both the United States and NATO countries is to address Russia’s security concerns through measures to enhance transparency and improve the arms control regime.

At the very least

for this scenario to materialize under the current circumstances, Putin, the leader who is escalating the tension, needs to receive a positive response to some of his demands. If not, then there is no need to switch to the settlement scenario.

Conclusion: Is there a war between Russia and Ukraine? 3 possible scenarios

At the end of this article, I realize that I have not yet answered the question Is there a war between Russia and Ukraine? 3 possible scenarios . But as someone who follows developments from the outside, I think this question should remain unanswered based on the information we may have. What we can do is create realistic scenarios using a systematic approach and analyze these scenarios through a game theory approach through the loss/gain matrices of the political actors involved.

Tags
Is there a war between Russia and Ukraine? 3 possible scenarios Russia Scenario one: war Ukraine war 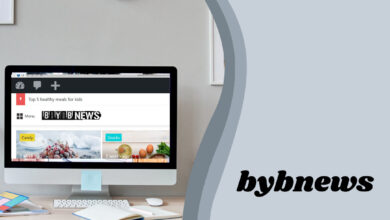