It only takes two minutes for the car to transform into an airplane, and the same time for the reverse shift.

This flying car, called “AirCar”, belongs to the Slovak company “Klein Vision” and has made its first test flight between cities.

The flight lasted 35 minutes, and its inventor himself was driving this unusual means of transportation.
AirCar can carry two passengers and can take off from a small runway. It takes 2 minutes and 15 seconds to convert from a car to an airplane.

According to its inventor, it is capable of flying nearly 1,000 kilometers at an average speed of 170 kilometers per hour at an altitude of up to 2.5 kilometers. The development and creation of the flying car took about two years and less than two million euros. 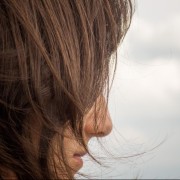 Your Summer fashion.... Festival of Colors

From the language of the machine to the simulation of the human nervous system.... Six generations explain the development of the computer through time