FIFA nothing brings people together like football 2022, Yesterday, Monday 11-28-2022, many strong confrontations were held within the Qatar World Cup 2022 competitions that are currently being held in Qatar and will continue until next December 18, as part of the competitions of the second round of the tournament in the seventh and eighth groups.

The Cameroon national team achieved an exciting draw against Serbia, 3-3, in the most enjoyable World Cup matches, which were held between them at the “Al Janoub” stadium in Al Wakrah.

The Ghana national team snatched a deserved victory over South Korea, 3-2, in the match that brought them together at the Education City Stadium, in the second round of Group.

Brazil qualified for the round of 16

The Brazil national team qualified for the round of 16 in the 2022 World Cup, after achieving a difficult victory over Switzerland with a goal for free, in the confrontation that was held at the “974” stadium in the Qatari capital, Doha, in the second round of Group G in the 2022 World Cup.

Portugal won at the expense of Uruguay, 2-0, in the match that was held at the “Lusail Stadium”, in the second round of the eighth and final group of the 2022 World Cup, which is currently being held in Qatar and continues until the eighteenth of next December, with the participation of 32 teams representing the continents. the six.

The Iranian national team is in a strong confrontation

The Iranian national team is in a strong confrontation when it meets its American counterpart at Al-Thumama Stadium, in the third round of the Qatar World Cup 2022, which is the decisive match that is scheduled to determine which of the two teams will book the qualification visa to the round of 16.

We review the 7 most important facts about the two teams’ confrontations before the upcoming meeting in the Qatar World Cup 2022.

2- The second confrontation was in 2000, a friendly match in California, specifically in January 2000, where they tied 1-1.

3- The Iranian national team lost its opening match in the World Cup with six goals to two, before winning the second match against Wales with two clean goals.

5- The Iranian national team scored five of the last six goals in the World Cup after the 90th minute of stoppage time, including three of the four goals in this year’s tournament. Two goals came after the 100th minute. Mehdi Tarimi’s penalty kick against England (102:30) Ramin Rezaian v. Wales (100: 37).

7- After beating Wales 0-2 in the second round, Iran is looking to win two World Cup matches for the first time. One of their three previous victories was against the United States in 1998.

The Iranian national team will meet its counterpart, the United States of America, in the match that brings together the two teams at nine in the evening, at Al-Thumama Stadium, in the third round of the group stage in the second group competitions of the Qatar World Cup 2022.

The Iranian national team currently occupies the runners-up of the second group, with three points, after achieving its first victory in the tournament in the second round, and now needs victory against America. To resolve the rise and officially qualify for the round of 16 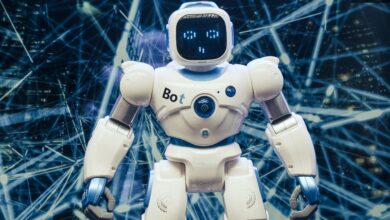